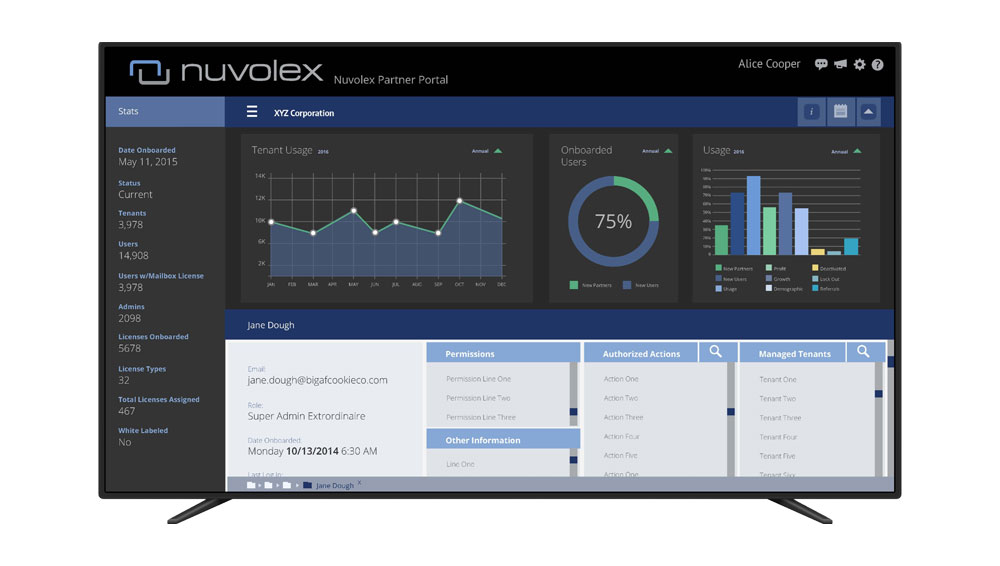 When I first took on Nuvolex as a client, they were a brand new company, with only a logo. I worked closely with the founding CEO, and the UX Designer to create a visual direction. Over my time, I delivered many documents such as flows, wireframes, hi-fidelity mock-ups, and pattern libraries. I also collateral for trade shows, such as banners, brochures, and postcards.

After some user research, and stakeholder interviews, the following Design Criteria vocabulary was created to define the visual voice of Nuvolex.

Based on the Design Criteria, I searched for visual imagery that influenced the overall look and feel. 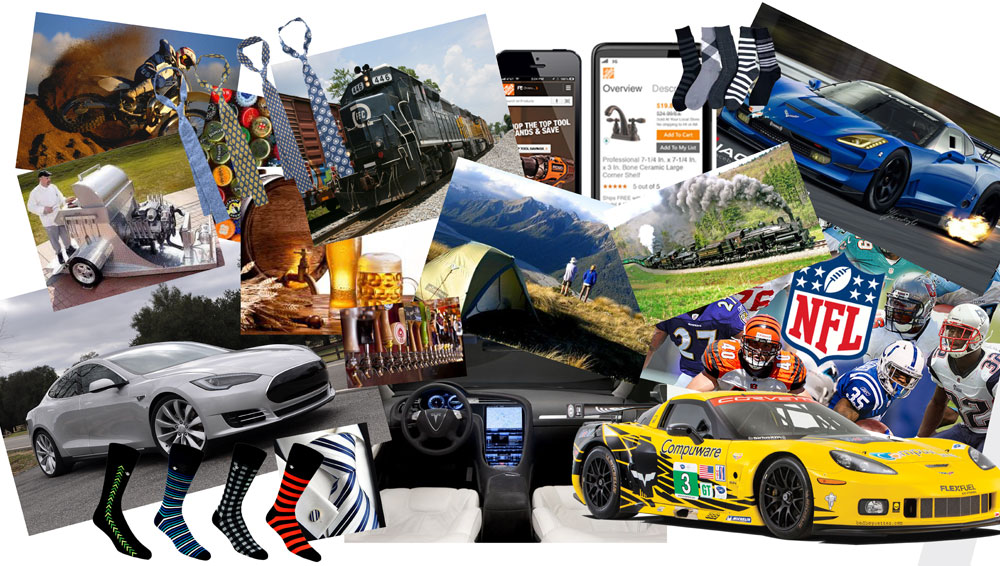 After narrowing it down to two possible color stories, this was the beginning of the color color palette for the UI. 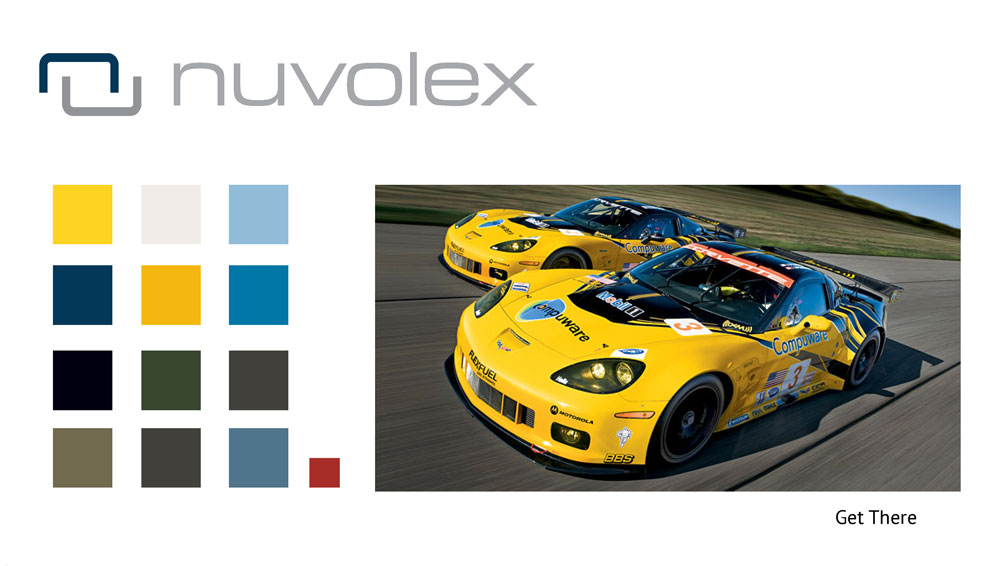 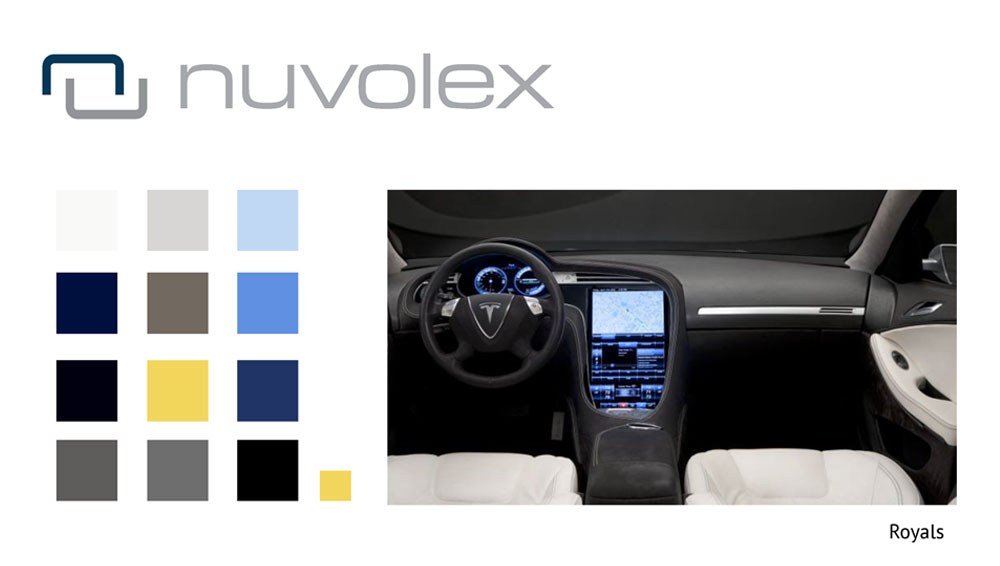 We decided to go with the second, which was inspired by the Tesla, thinking of Nuvolex like the sports car of admin duties.

Occasionally I would work on architectural documents, such as these, prior to creating hi-fi mock-ups, in order to save time, and make sure we had the correct flow represented. 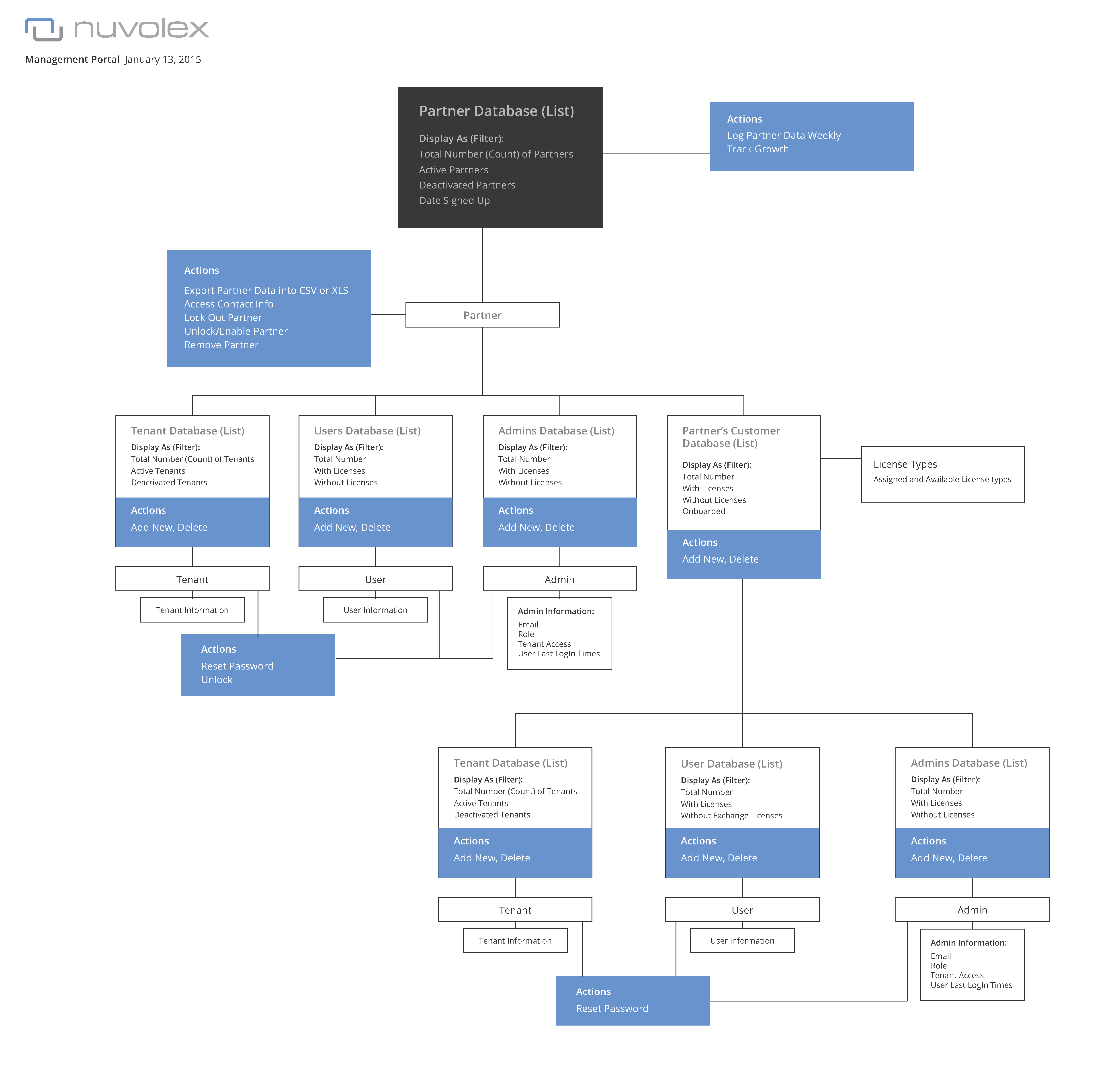 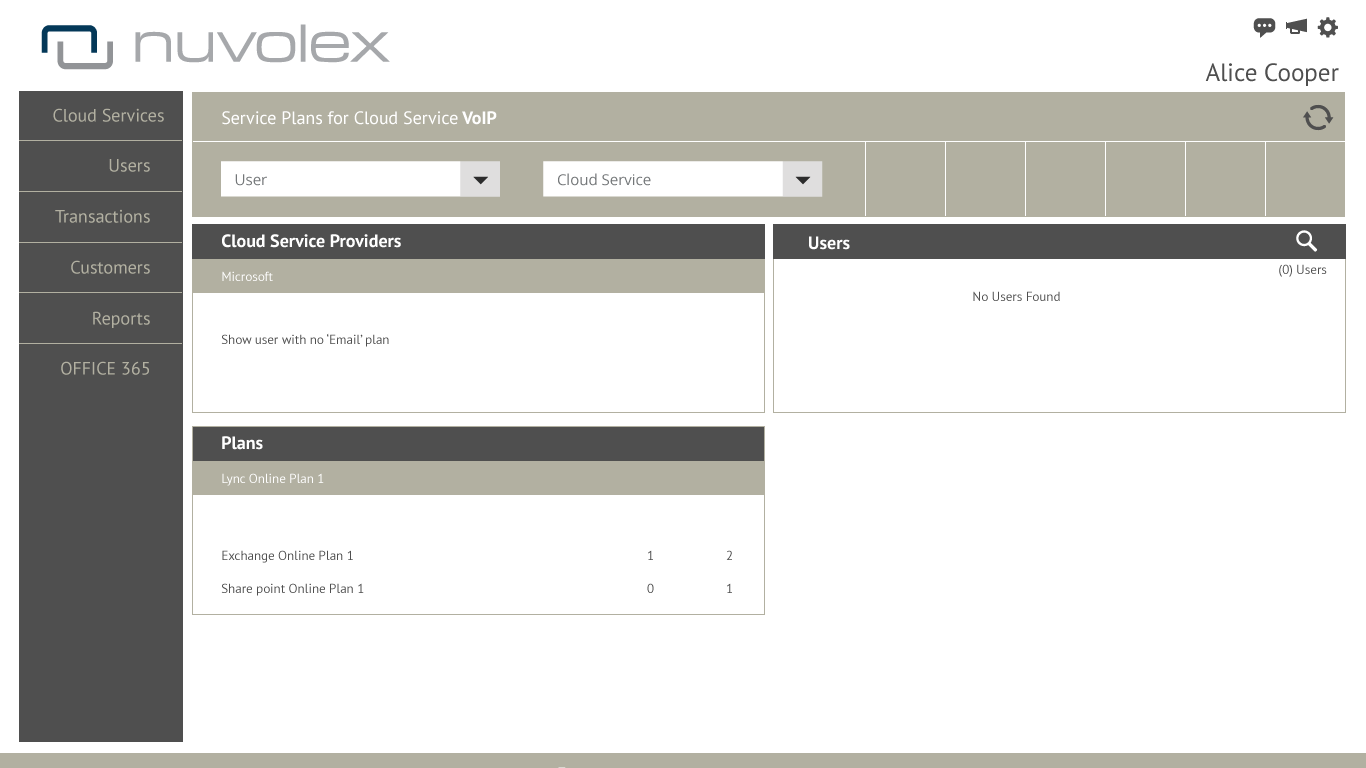 This was done pre-Figma, Sketch and Acrobat, where designers can create pattern libraries, from components within a file. So, what I would do is create PDFs, with Typography and Color, but also with some of the CSS specs for the engineers for some of the regular UI Patterns. 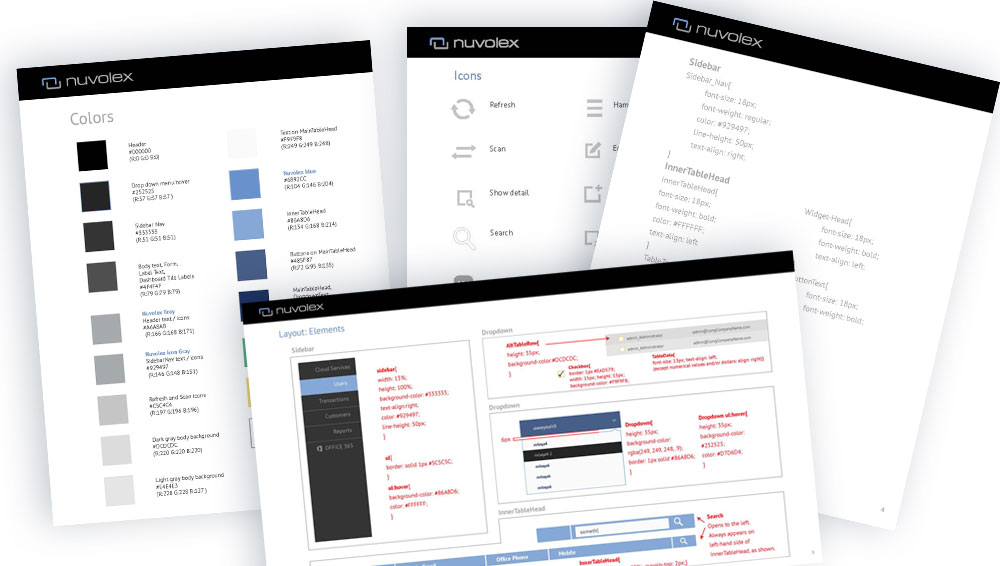 The result was a sleek and modern interface which new customers found incredibly easy to use! 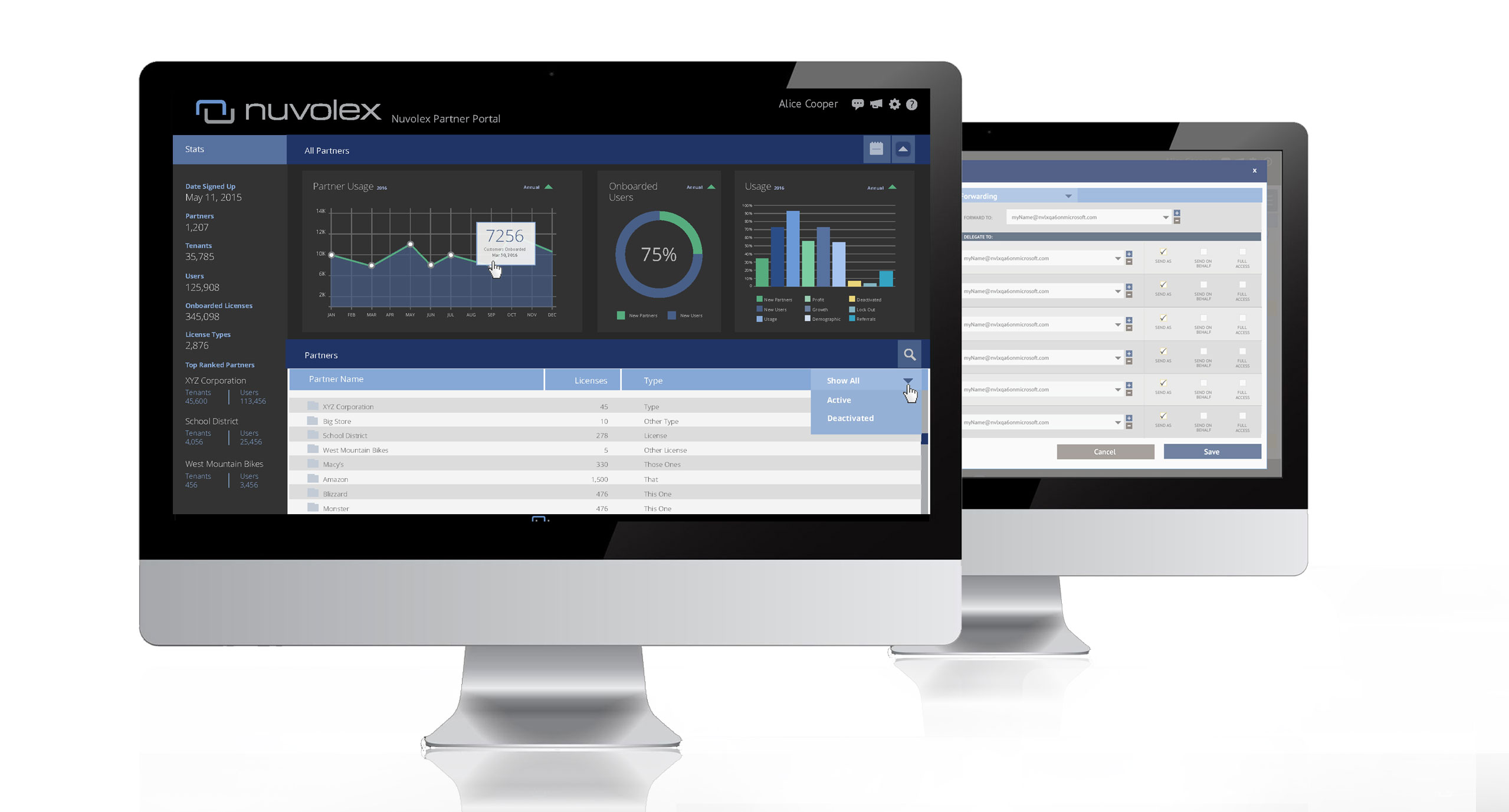 Once the MVP was out, I was also in charge of the design for marketing our product. 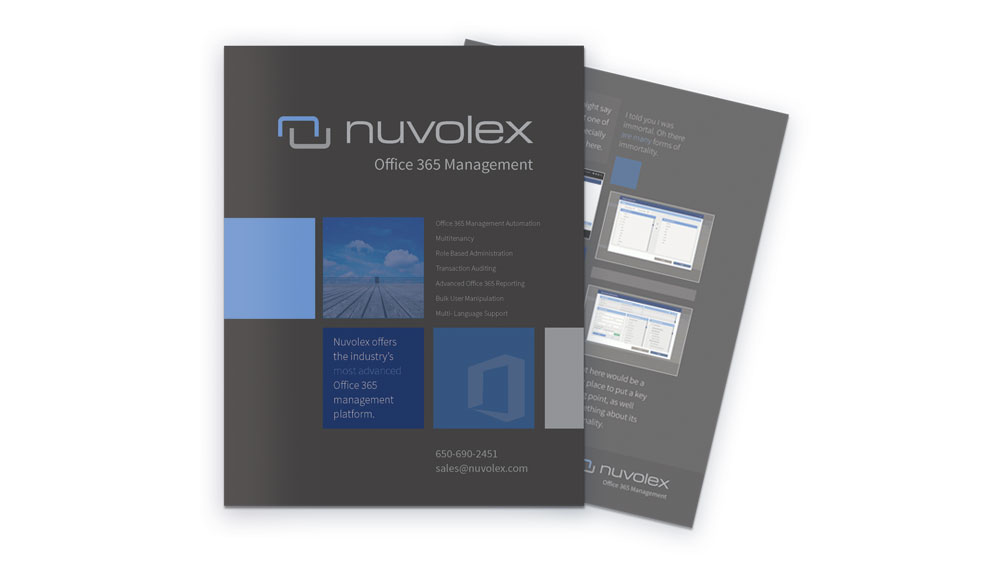 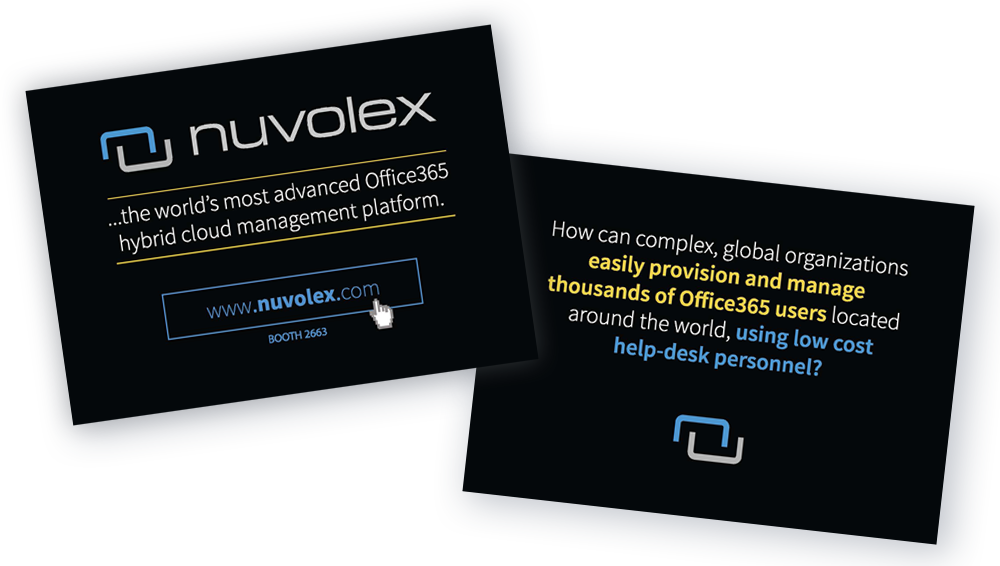 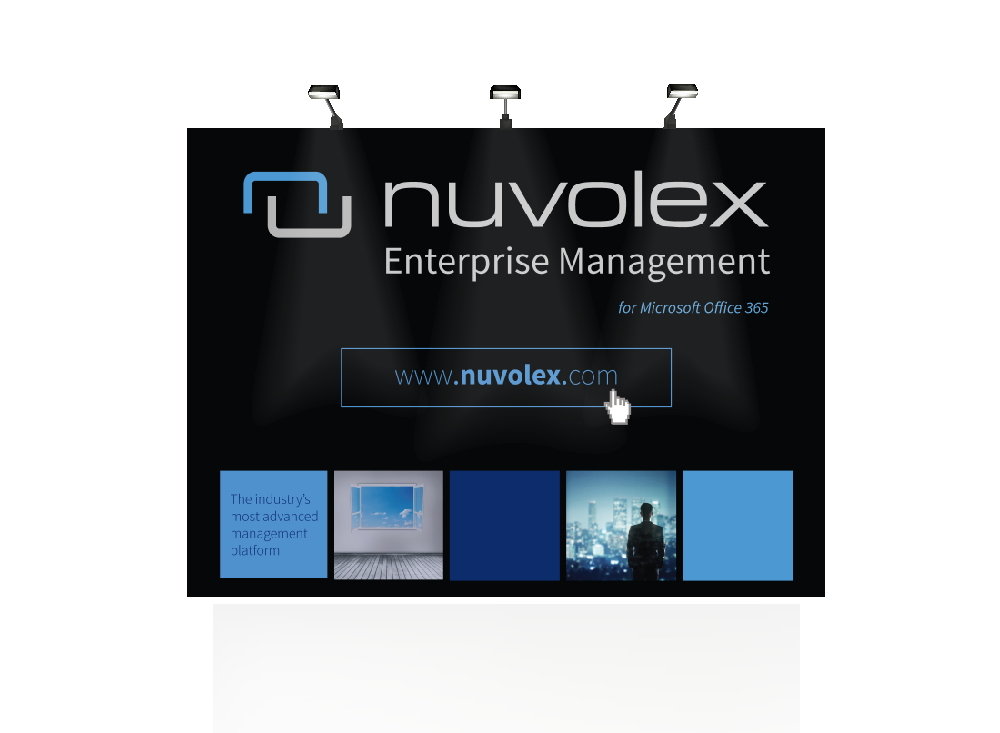